Dumb and Dumber To

Dumb and Dumber To

Dumb and Dumber To is a 2014 comedy film starring Jim Carrey, Jeff Daniels and Kathleen Turner. It is directed by brothers Bobby Farrelly and Peter Farrelly. It is the sequel to the 1994 film Dumb and Dumber.

Twenty years after the events of the first film, Lloyd Christmas, now as a rugged, unshaven man, has been committed at an insane asylum ever since his doomed romance with Mary Swanson. During a visit, Harry Dunne, now as an erstwhile, pudgy, and grizzled gentleman, discovers that Lloyd pranked him into thinking he was traumatized the entire time. They then head to their apartment, where Harry reveals one of his kidneys is bad and he needs a donor soon.

Harry and Lloyd, no longer with a beard, go to Harry's old home, but Harry cannot get a kidney from his parents since he was adopted. Harry's dad gives him his mail that has been piling up since he moved out. It includes a postcard from old girlfriend Fraida Felcher dating back to 1991. It says she's pregnant and needs Harry to call. Fraida admits that she had a daughter named Fanny that she gave up for adoption. She wrote Fanny a letter, only for it to be sent back and noted to never contact her again.

Hoping she can provide a kidney, Lloyd and Harry decide to find Fanny and drive to Oxford, Maryland, where she now lives. Dr. Bernard Pinchelow is Fanny's adoptive father and his wife Adele is the adoptive stepmother of Fanny, who has taken up the new name Penny. She is going to a KEN Conference in El Paso, Texas to give a speech on her father's life work. Penny is also given a package to be given to one of the convention heads, but the dim Penny ends up forgetting both the package and her phone.

Adele is secretly trying to poison Bernard and Penny out of jealousy, with the help of her secret lover, the family's housekeeper, Travis Lippincott. Harry and Lloyd arrive to inform the Pinchelows of their situation, at which point Bernard realizes Penny left the package, which he says is an invention worth billions. Adele suggests that Harry and Lloyd deliver the package to Penny. So that he and Adele can get whatever's inside in the box, Travis goes along, but he becomes annoyed with the duo's antics, eventually deciding to kill them. Instead, a train collision kills Travis. Adele hears of the death from Travis's twin brother Captain Lippincott, a former military man who agrees to help her kill Harry and Lloyd.

The duo make it safely to El Paso for the KEN Conference. While there, Harry impersonates Bernard, so he and Lloyd are invited to a seminar. They get into an argument when Harry realizes that Lloyd has developed a romantic attraction to Penny. With disgust, Harry remarks that Penny deserves better than a shallow, immature pig such as Lloyd. Wounded, Lloyd stares at Harry and gags. After being escorted out of the conference due to not being on the attendance list, Lloyd gets a call from Penny. They arrange a meeting after he tells Penny that he's in town with her dad. They head to a restaurant, where Lloyd deduces he, not Harry, is the real biological father of Penny.

Adele arrives at the conference with Lippincott and exposes Harry as a fraud, telling the conference heads he is not her husband and lies that he stole the package. Fraida also arrives and tampers with the fire alarm as a diversion after she and Penny are denied entry, causing everybody to exit. Harry runs into Fraida and Penny, only to have Lippincott and Adele draw guns on them. The villains chase the trio into the bathroom. When Lloyd returns, Lippincott and Adele are about to shoot, but three FBI agents bust in with a healthy-looking Bernard, who knew that Adele was trying to poison him, and he reveals that Adele was the one who wrote not to contact again on the letter, not Penny. Lloyd also tells that he was the actual father of Penny. Despondent, Harry begins to cry. However, the repentant and ashamed Lloyd tells him that he will give the heartbroken golden-haired man his own kidney, since he couldn't get one from Penny. In that second, Harry's pain turned into joy. The package he gave Penny included only cupcakes, and that there was no priceless invention all along. In retaliation, Adele attempts to shoot Penny, but Harry jumps in front of the bullet and is terribly injured. Adele and Lippincott are arrested.

Harry is rushed to the hospital, where he reveals that he was pranking Lloyd about needing a kidney and both laugh. Harry and Lloyd are told by Fraida that neither man is Penny’s father and that her biological father is a dead high school friend of theirs named Peter Stainer. As the duo leave El Paso, they spot two women walking in their direction and they shove both women into a bush as a joke. They run off and high-five each other.

Harry and Lloyd taking a shower at a nuclear power plant

Lloyd loving his food a lot

Friada talking with Lloyd and Harry 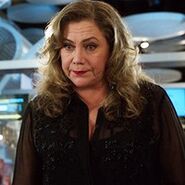 Fraida trying to get into the KEN Conference 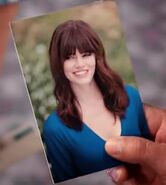 Penny's photo from the internet 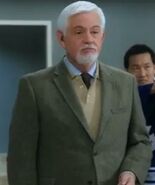 Harry and Ms. Rhode Island in his fantasy dream

Harry and Lloyd talking on the phone

Harry and Lloyd in the car with Travis Lippincott

Penny in her hotel room

Penny on the phone

Harry daydreaming about being a father to a young Penny
Community content is available under CC-BY-SA unless otherwise noted.
Advertisement