Welcome to the Dumb and Dumber Wiki 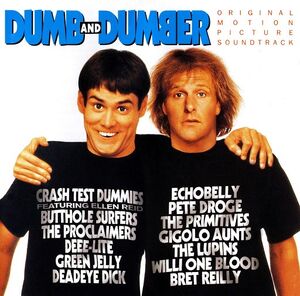 The film tells the story of Lloyd Christmas and Harry Dunne, two good-natured but dimwitted friends from Providence, Rhode Island who set out on a cross-country trip to Aspen, Colorado to return a briefcase full of money to its owner, only to be pursued by a group of criminals who are after the briefcase.

The film also spawned an animated series, a prequel and a sequel.

Are you in the Skrewball krew? | AspenTimes.com  Aspen Times...

‘So beautiful it almost brought me to tears’: the comedy and wonder of Joe Pera  The Guardian...

That Full Ride CMU Said You Got? Pretend That Never Happened  wjimam.com...

Favorite parts from both Dumb and Dumber movies