Dumb and dumber Wiki
Register
Don't have an account?
Sign In
Advertisement
in: Characters, Males, Comedy Characters,
and 23 more

☀Lloyd Virgil Christmas is a former limousine driver who lives in Providence with his best friend and roommate, Harry Dunne. He is quite a dimwit who goes traveling with his friend all across the United States. He is the main protagonist of the Dumb and Dumber franchise.

He is portrayed by Jim Carrey, who also played in both Ace Ventura: Pet Detective and The Mask in 1994 alongside the original Dumb and Dumber. He would later go on in his acting career to portray Colonel Stars and Stripes in Kick-Ass 2, Horton the Elephant in Horton Hears a Who, The Grinch in How the Grinch Stole Christmas and Tom Popper in Mr. Popper's Penguins.

Lloyd Christmas and Harry Dunne, the good-natured but simple-minded duo, are best friends and roommates of a rental apartment located in Providence, Rhode Island. Lloyd, a chip-toothed limousine driver, immediately falls in love when he meets Mary Swanson, a woman he is driving to the airport. She leaves a briefcase in the terminal; Lloyd, unaware that it contains ransom money, Bobby, and that she was supposed to leave it there for the kidnappers to pick up, retrieves it and tries to return it to her before the kidnappers can get it. Her Aspen-bound plane has already departed, leading to Lloyd running through and falling out of the jetway.

Fired from his job, Lloyd returns to his apartment and learns that Harry has also been fired from his dog-grooming job after delivering dogs late to a show and accidentally getting them dirty. Bobby's kidnappers, Joe "Mental" Mentalino and J. P. Shay, follow Lloyd home from the airport in pursuit of the briefcase. Mistaking the crooks for debt collectors, the duo flee the apartment and return later to find that Mental has decapitated Harry's parakeet. Lloyd suggests they head to Aspen to find Mary and return the briefcase, hoping she can "plug them into the social pipeline." At first, Harry opposes the idea, but he eventually agrees and the duo leaves the next day.

Mental and Shay catch up to the duo at a motel that night. Posing as a hitchhiker, Mental is picked up by Harry and Lloyd while Shay secretly follows them. During a lunch stop, the duo prank Mental with chili peppers in his burger, not knowing of his ulcer. When Mental reacts adversely, they accidentally kill him with rat poison pills (which he planned to use on them) after mistaking it for his medication. Nearing Colorado, Lloyd takes a wrong turn and ends up driving all night through Nebraska, while the police waiting on the road to Colorado expect them to show up after finding out about Mental's death. Upon waking up and realizing Lloyd's mishap, Harry gives up on the journey and decides to walk home, but Lloyd later persuades him to continue after trading the van for a minibike.

The two arrive in Aspen, but are unable to locate Mary. After a short scuffle over some gloves that night, the briefcase breaks open and they discover the money; they spend it for a hotel suite, clothes and a Lamborghini Diablo. They learn that Mary and her family are hosting a gala and prepare to attend. At the gala, Harry, attempting to lure Mary over to Lloyd, reluctantly agrees to go skiing with her the next day and lies to Lloyd that he got him a date. The next day, Lloyd finds out Harry lied to him after waiting all day for Mary at the hotel bar.

In retaliation, Lloyd pranks Harry by serving him a coffee laced with laxative, causing Harry to spontaneously defecate in a broken toilet at Mary's house. Lloyd arrives at Mary's house and informs her that he has her briefcase. He takes her to the hotel, shows her the briefcase, and confesses his love after some initial struggle; she rejects him, with politeness but honesty. Nicholas Andre, an old friend of the Swansons and the mastermind behind the ransom, arrives with Shay who is downstairs just in case either Lloyd or Mary escapes, Nicholas reveals that the ransom is all for him to free his hostage which happens to be her kidnapped husband, this brings a surprised reaction to Lloyd’s, then Nicholas became more than just surprised after seeing his briefcase without money from Lloyd and Harry spending the entire ransom and replacing it with IOUs. Lloyd made the incident even worse by causing Nicholas to get revenge, starting by taking the two hostage, as well as Harry when he returned to see both cuffed to the bed.

Lloyd has developed a heated-relationship with Harry, causing an argument between the two which aggravates Nicholas enough to get into a gun fight with Harry which almost got both gunmen killed. Before Nicholas fires his last bullets on his hostages, an FBI team led by Beth Jordan (the athletic beauty that Harry and Lloyd met individually) raids the suite and arrests him and his accomplice Shay. Harry then explains everything while revealing a bulletproof vest that was strapped on him earlier by his allied police force. Mary and Bobby are reunited. An envious Lloyd, realizes that he can never be with Mary because she is married as well as being too selfish to realize his good deed, he fantasizes about brandishing a gun out of nowhere to comically assault Bobby with it.

The next day, Harry and Lloyd begin walking home. All of the items they bought were confiscated and their minibike has broken down. The two unknowingly decline the chance to be hired as oil boys for bikini-clad super models in a bus, after which Harry tells Lloyd that they will get their "break" one day. Harry and Lloyd then play a friendly game of tag as they walk back home.

Twenty years after the events of the first film, Lloyd Christmas has all this time been committed at Baldy View Sanitarium, a mental institution, ever since his doomed romance with Mary Swanson. During a recent visit, Harry Dunne discovers that Lloyd pranked him into thinking he was traumatized the entire time. They head to their apartment, where Harry reveals he needs a donated kidney.

They go to Harry's old home, but Harry cannot get a kidney from his parents because he was adopted. Harry's dad gives him his mail that has been piling up since he moved out. It includes a postcard from a former girlfriend, Fraida Felcher, dating back to 1991. It says she is pregnant and needs Harry to call. Fraida admits that she had a daughter named Fanny that she gave up for adoption. She wrote Fanny a letter, only for it to be returned and instructed to never contact her again.

Hoping she can provide a kidney, Lloyd and Harry drive a hearse that Fraida gave them to Oxford, Maryland, where she now lives. Dr. Bernard Pinchelow and his wife Adele are Fanny's adoptive parents. Penny, who has taken the name Penny, is going to a KEN Convention in El Paso to give a speech on her father's life work. Penny is given a package to be given to one of the convention heads, but ends up forgetting the package and her phone.

Adele is secretly trying to poison Bernard and Penny to gain Bernard's fortune, with the help of her secret lover, the family's housekeeper, Travis Lippincott. Harry and Lloyd arrive to inform the Pinchelows of their situation. Bernard realizes Penny left the package, which he says is an invention worth billions. Adele suggests that Harry and Lloyd deliver the package to Penny. So that he and Adele can get the contents of the box, Travis accompanies Harry and Lloyd. Annoyed with the duo's antics, Travis attempts to kill them but dies in a train collision. Adele hears of the death from Travis's twin brother Captain Lippincott, a former military man who agrees to help her kill Harry and Lloyd.

When the duo arrives in El Paso on a stolen Zamboni ice resurfacer, Harry impersonates Bernard, so he and Lloyd are invited to a seminar. They get into an argument when Harry discovers that Lloyd has developed a romantic attraction to Penny. After being escorted out of the convention due to not being on the attendance list, Lloyd gets a call from Penny. After informing Penny that he is in town with her dad, they arrange a meeting during which Lloyd deduces that he, not Harry, is Penny's father.

Adele arrives at the convention with Lippincott and exposes Harry as a fraud, telling the convention heads that he stole the package. Fraida also arrives and tampers with the fire alarm to create a diversion after she and Penny are denied entry. As the building is evacuated, Harry runs into Fraida and Penny, only to have Lippincott and Adele corner them with guns in a bathroom. At this moment, Lloyd returns, having been to Mexico to have one of his own kidneys removed for Harry. Lippincott and Adele are about to shoot, but three FBI agents bust in with a healthy-looking Bernard, who knew all along that Adele was trying to poison him, that she cheated on him with Travis, and he reveals that it was Adele who wrote "do not contact again" on Fraida's letter (much to Fraida's surprise and anger), not Penny and that the "priceless invention" in the package was in fact nothing but cupcakes. In retaliation, Adele attempts to shoot Penny, but Harry jumps in front of the bullet and is severely injured. Adele (who is beaten up by Fraida) and Lippincott are arrested.

Harry is rushed to the hospital where he reveals that he was pranking Lloyd about needing a kidney and both laugh. Fraida tells Harry and Lloyd that Penny’s biological father is a dead high school friend named Pete "Pee-Stain" Stainer. As the duo leave El Paso, they spot two women walking in their direction and shove them into a bush as a joke. Harry and Lloyd run off and high-five each other.

In a post-credits scene, Harry and Lloyd throw their milkshakes onto the windscreen of a truck. The driver Sea Bass prepares to ram them, opening the possibility for another sequel.

Lloyd Virgil Christmas is a goofy, loud-mouthed, childlike, flighty, perverted, and abrasive bowl-cutted gentleman, and has a penchant for getting in trouble. However, for all his bluster, Lloyd is a deeply compassionate and generous person who is extremely loyal to his friends, namely his best one, Harry Dunne. He is what many people call "a five-year-old trapped in a grown man's body." Lecherous, even, he has sexual thoughts of women, regardless of their status or age, as shown with his crushes on Mary Swanson and Penny Pinchelow. In the first film, he is shown as a scatterbrained limo driver. In the second, he is shown with a large, light brown beard in the sequel. Though that does not conceal his beauty.

Harry and Lloyd after their bet is made

Harry and Lloyd getting a haircut

Lloyd telling Mary that he likes her a lot

Lloyd and Harry talk with Fraida

Lloyd and his adopted dad Ray

Lloyd and Harry having lunch

Lloyd liking his food a lot

Lloyd and Harry taking a shower near a power plant

Lloyd in his daydream

Lloyd and Harry as they appear in the animated show. 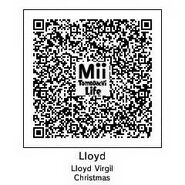 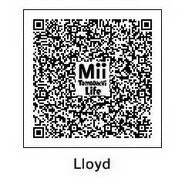