Mary Margaret Swanson was a rich woman from Aspen. She is the tritagonist of the 1994 film Dumb and Dumber. She was played by actress Lauren Holly.

Mary is beautiful, attractive caucasian woman. She has bob-length red hair and blue eyes. She wears a dark purple long-sleeved shirt and a black skirt and pantyhose and black high-heels.

At some unknown point, Mary's husband Bobby, was kidnapped & held for ransom.

In 1994, Mary followed the kidnappers orders & left a briefcase full of cash at an airport in Rhode Island before flying back to Aspen. However, Lloyd Christmas, who had fallen in love with her, got his hands on the briefcase and tried to return it to her.

Later, Lloyd and Harry Dunne arrived in Aspen, with the briefcase, but they spend all the money. The kidnapper discovered the briefcase was empty, but then were apprehended by Harry and a group of FBI agents & Mary was reunited with her husband.

Mary appeared in Lloyd's dream. In the dream Lloyd redelivered the briefcase to Mary, who embraced him. Mary was then sat with a group of people who all laughed at Lloyd’s jokes. Lloyd took Mary to a restaurant & when she was sexually harassed by a waiter, Lloyd attacked the offender knocking him & several others cold, & even ripping out the chef’s heart. He & Mary were seen kissing & Mary even stripped to nothing, but the dream ended there.

Mary does not appear in Dumb and Dumber To, but she was mentioned at the beginning by Harry. Lloyd had spent 20 years pretending to be handicapped due to being traumatized about not getting married to Mary. This was all just to pull a prank on his best friend. It is not known what had happened to Mary over those 20 years, but it's possible that she was still married to Bobby, or had lost contact with Harry and Lloyd.

Mary after learning what happened to Billy 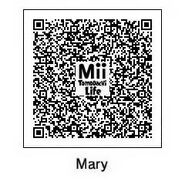 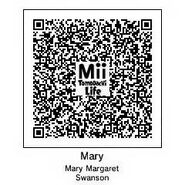