Dumb and dumber Wiki
Register
Don't have an account?
Sign In
Advertisement
in: Characters, Villains, Males,
and 11 more

Nicholas Andre was a rich man from Aspen. He is the main antagonist of the 1994 film. He is played by the late Charles Rocket in the film.

Sometime in his life Nicholas Andre befriended Mary Swanson and her family. It is later revealed that Nicholas is only interested in the family because they have a fortune of a life-time's supply of money. He expands the friendship enough that he is trusted 100% by the family.

In 1994, Nicholas with his other long-time friend Joe Mentalino kidnapped Bobby Swanson and held him to ransom unrevealing who is the kidnapper. Mary Swanson intended to send the ransom of 2/3 of her family fortune in a briefcase but Lloyd Christmas and Harry Dunne got their hands on it. When learning this Nicholas has a friend, Joe Mental, track them down to get the briefcase. When Joe dies because of a misunderstanding, Nicholas decides that to get the briefcase he must use threats. He learns that Lloyd and Harry are staying in Aspen with Mary and follows the group to Lloyd and Harry's rented hotel room in Aspen. There he admits to Mary that he kidnapped her husband to gain a chunk of her family fortune. With a threat of gunshots Nicholas forces Lloyd and Mary to hand over the money but finds the briefcase empty and filled with IOUs. Realizing that Lloyd and Harry spent the money on stuff needed to survive their chaotic journey to Aspen Colorado, thus foiling his plan, Nicholas gets furious and handcuffs them to the room bed. When Harry comes to the room, Nicholas forces him to hold still with Lloyd and Mary. With his plan exposed to witnesses and his plan to steal money off of the Swansons failed, Nicholas tries to book an air flight to Amsterdam Europe to make an escape. He is interrupted from purchasing a seat on the flight when Harry and Lloyd argue over who is in fault for their future grisly fates. He decides to let them choose who he kills to make them suffer and Harry asks for the bullets. Nicholas shoots Harry who falls backward onto a mattress. When Nicholas then decides to shoot Lloyd and Mary also, Harry miracoulously climbs up and retaliates by firing six bullets. When the shots miss Nicholas Lloyd, Mary, and Nicholas shockingly react to Harry's survival as FBI agents burst in, restrain the kidnapper and begin pounding on Nicholas to put him under arrest. Restrained up, Nicholas sees that Harry survived because the FBI meeting was planned out by Harry himself; Harry was covered up with a bullet-proof vest the whole time. In the ending Nicholas just spends his final minutes of the movie glaring in frustration as he and his accomplice are arrested and taken into custody.

Andre is a ruthless, deadly, sociopathic, somewhat malevolent, and greedy individual. He also seems to be suffering from mild paranoia as he usually concludes to the worst case scenarios. Although he does not care about the well being of human beings, and will do anything for greed and money, he isn't sadistic in the sense that he recklessly enjoys kidnapping, torturing, and killing others and tries to keep a low profile and cause as less trouble as possible. He also seems to be an animal lover and care about animals with his role in the Aspen conservation, and the fact that he wanted a vegetarian meal on his flight to Amsterdam. Although he could have just pretended to love animals to gain the trust of the Swanson family, and be a vegetarian for preference rather than ethical reasons. 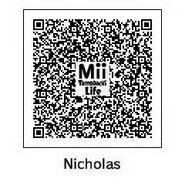 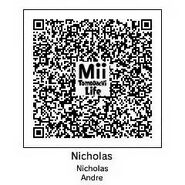