Dumb and dumber Wiki
Register
Don't have an account?
Sign In
Advertisement
in: Characters, Villains, Males,
and 11 more

Sea Bass is a sociopathic truck driver who traveled the country. He is a minor antagonist in the first film, Dumb and Dumber.

He is portrayed by Cam Neely.

Sea Bass is first seen at the same diner with Harry and Lloyd having lunch with his fellow red-neck truckers. After Harry accidentally hits him with a salt shaker, Harry tries to apologize not realizing he was back there, but rather than accept Harry's apology, Sea Bass gets revenge (with encouragement from one of his thugs) by spitting his wad of chewing tobacco in Harry's burger literally thus wasting Harry's food and money. However, a cunning Lloyd gets revenge by lying to Sea Bass and his pals they want to buy them a round of beer to bury the hatchet. Sea Bass then orders 4 boiler makers. Lloyd though lies to the cashier that Sea Bass wants to buy their bill on his tab.

After Sea Bass makes a gesture for the beer to be brought over, the cashier thinking Sea Bass is offering to pay for everything puts them on Sea Bass's tab. As a result, Harry and Lloyd escape (with other bits of food Harry took to replace his burger). Discovering he had been flim-flamed, Sea Bass threatens to kill the pair, but is too late to stop them as the pair drove off.

Just before Harry and Lloyd reach Colorado, they stop a service station for fuel. While Harry flirts with an athletic beauty named Beth, he nervously does clumsy things in front of her such as spraying gasoline on his own foot carelessly and littering a stricken match next to his gas-drenched shoe after lighting her cigarette. Lloyd uses the men's restroom. In a stall, he finds a message saying to be in the stall on March 25th at 2:15 A.M., for manly love. Frightened, Lloyd hearing someone coming, locks himself in the stall, but Sea Bass who wrote the message barges in anyway. Sea Bass finally gets his revenge for the diner incident by putting Lloyd on his knees so he could attempt to rape and kill him, which causes Lloyd to have a traumatic breakdown. While Sea Bass takes off his pants in front of Lloyd, he was thwarted by a fiery-foot Harry who barges into the men’s bathroom to soak his leg in the same toilet that Lloyd urinated in. Both Harry and Lloyd came back to their senses and realized that Sea Bass is knocked out, which raises questions in Harry’s mind and Lloyd humiliated reaction. It is unknown what happens to Sea Bass afterwards, but it's likely he still wants revenge on the pair.

Sea Bass is seen again briefly in the post credits scene of Dumb and Dumber To. Harry and Lloyd toss their milkshakes on Sea Bass's truck and (recognizing the duo) is about to ram into them for doing so (also to get revenge on the duo for the diner incident 20 years before).

Sea Bass with his trucker friends at the diner

Sea Bass gets his revenge 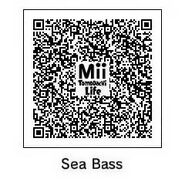 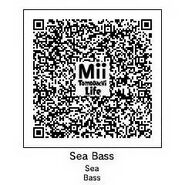